Emilio Balcarce, editor of the crime section at Crónica newspaper 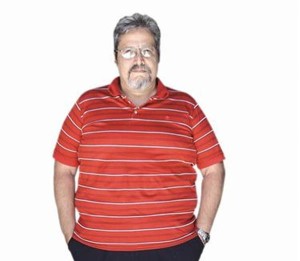 Emilio Balcarce quickly apologizes for arriving late for the interview at Bar Suárez in downtown Buenos Aires. He asks for a Coke and explains: “Journalism is how I earn a living, but comics are my passion.” Balcarce has written more than 300 scripts for comic books, and has been the editor of the crime section at the tabloid Crónica for more than 15 years. In this Herald interview, he discusses recent changes in his line of work and the ethical limits of his profession.

How do you learn about events?
The phone, reporters covering a story and people who call the newsroom are our traditional sources. The courts are our main reliable sources. In contrast, police precincts aren’t great sources because they often have links to mayors or to some of those who are involved (in the crimes). Obviously, the information explosion of the Internet is incredible. I’m from the Remington era, from the era of typewriters, and I find the current situation to be an amazing evolution. Crime reporters now normally use Facebook to gather information about people involved in a crime, pictures that maybe the family does not want to share…

How big is the crime section?
We’re short-staffed. We used to have more people (in the section), but the team has been reduced. Some reporters work for our section but also for other areas. We used to have our own reporters. (Pauses) Times are changing, in every sense.

How long have you been at the newspaper?
I’ve been part of Editorial Sarmiento (publisher of Crónica and Democracia newspapers) for 28 years now. The first 10 years I was part of the crime news magazine Esto. When the magazine closed, I started working at Crónica, and since the year 2000 I’ve been head of the crime section.

How has your work changed throughout the years?
In the past, we relied a lot on wire agencies. Now it’s a different thing. The newspaper mobilizes its own network of reporters in the most important cases but not in all cases. For example, if something happens in the (Buenos Aires province district of) Luján, you can turn to local media websites. Things like that were unavailable in the past. We’re also more connected to other provinces. We used to depend on wire services, on our chances of picking up the phone and calling, or on whoever we planned to send there for important cases, such as the Nora Dalmasso murder. Now it isn’t that necessary.

What criteria do you use to interpret or filter sources of information? One might think that some sources are more reliable than others, especially in this line of work.
Each city has its own media and we know how accurate they are at reporting the news. For instance, La Capital newspaper in Rosario has excellent journalists and a broad coverage of what goes on in the city. I can’t say the same thing about other Santa Fe province newspapers. The same happens with Mendoza’s Los Andes or with Cadena 3 in Córdoba… We usually rely on newspapers that do the best crime coverage. That is, obviously, in the cases in which we’re unable to send a special correspondent to cover the story.

Has your work changed with the consolidation of cable news TV stations?
Well, Crónica has its own news channel (Crónica TV) and then there’s C5N, TN… They’re other news outlets, although they need to be fact-checked, too.

Do you feel a pressure to write better stories for the print edition? How do you add value to an event that happened 24 hours earlier?
We arrive at the scene to try and gather some exclusive information. We save our scoops until the following day. And then we try to develop the story. If a businessman was killed, we’ll try to find his relatives, we investigate his relationship with the people he knew personally, we try to find out why he was killed…

The main difference between Crónica’s front pages in the 90s and those in 2014 is that there’s less graphic violence and more entertainment now. Do you agree with that change?
This change had to do with the fact that the owner used to be Héctor Ricardo García (founder of Crónica in 1963) and that the newspaper has been changing hands. Now the newspaper is aimed at a more general audience, and is becoming more connected to the Internet. These days people won’t read anything that’s not on a screen, especially the younger generations and I believe that’s the future of newspapers: to end up in a tablet.

What difference do you notice between Crónica and Diario Popular, your main competitor?
As Crónica is trying to broaden its appeal, Diario Popular keeps targeting the same audience. We lost most of those readers during times of conflict: our newspaper would not come out for five days, and you simply cannot give away such an advantage to competitors. Now we’re struggling to get that audience back.

What is your opinion of the Muy and Libre tabloids created by Clarín and Perfil?
I don’t believe they are competition. I think they’re trying to copy other products, making a hotchpotch of it. They lack our experience. Being a best-selling newspaper does not make you part of the popular press.

Journalist Diego Rottman said they were ‘the popular press of Palermo.
Exactly. I think he’s right. They are copying a certain style and they are not that good at it.

What stories do audiences find most appealing?
In 28 years of journalism I haven’t seen anything like the Ángeles (Rawson) case. As a case it has yet to be matched. There have been few other times when the media managed to influence the judges’ decisions, bad police work, mistakes by the prosecutor. The superintendent (accused of murdering the 16-year-old girl) was arrested and there are still a lot of people who believe he’s innocent, despite all the evidence against him.

Why do you believe this was such a special case?
She was a middle-class girl. An excellent student, a big fan of Japanese anime… Then there’s the factor of the superintendent living in the same building, this whole metaphor of “sleeping with the enemy”.

Don’t you believe journalism should also be held responsible for exceeding certain limits?
The media is full of pundits who make unsubstantiated accusations and this case is not an exception even though I’m a part of this media system, too. They were revealing the most intimate secrets of a teenager and I’ve heard (TV host Samuel) “Chiche” Gelblung talking nonsense about Ángeles’ half-brother…

What are your limits?
Cases involving underage children. The case of Jazmín de Grazia (in which Crónica published a controversial front page with photographs of the 27-year-old model the moment she was found dead in her apartment) was a decision by the newspaper’s executives, they believe these types of photos sell well. Something similar happened at Esto magazine when it published the complete autopsy of Alicia Muñiz, (boxer Carlos) Monzón’s girlfriend. I was on holidays and was so embarrassed to hear about what the magazine had published. I have my limits, but I work at a newspaper and sometimes you have to obey orders from the company’s executives.

What is the most strange thing you’ve witnessed in these 28 years?
We worked with forensic photographers. Once, one of them brought me the picture of a dead guy with a knife stuck to his forehead — one of the most horrifying things I’ve ever seen in my life. The photographer then told us that the knife was actually on the floor and that he had stuck the knife in the victim’s forehead just for the picture. You see those boundaries I was telling you I would never cross? Well, this photographer crossed them.