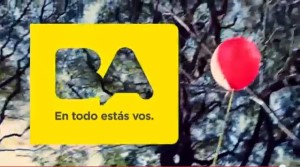 Buenos Aires City Mayor Mauricio Macri’s administration more than doubled its advertising budget during 2013, according to a report published yesterday by the non-profit Argentine Association of Budget and Public Finance Administration (ASAP).

The staggering 110.8 percent yearly hike results from comparing the 548.4 million pesos the Buenos Aires City government spent in advertising during 2013 to the 260.1 million that was spent the previous year.

Unlike the national administration’s number, though, it is impossible to know which media outlets are being favoured by the City’s spending, as the administration has never disclosed such information, Civic Coalition (CC) lawmaker Rocío Sánchez Andía told the Herald.

The report ASAP released yesterday is based on official data from the City Finance Ministry, and takes into account not what was budgeted, but what was actually spent during the period.

“For the official advertising section we gathered spending from all departments that were centralized through the City’s Communications Secretary,” an ASAP official told the Herald.

Local opposition lawmaker Aníbal Ibarra kept his own record of official advertising spending that does not differ greatly from the figures released yesterday.

A source from the former City mayor’s office yesterday told the Herald that according to his records — also based on official sources — the City spent 534.6 million pesos in official ads in 2013 — way more than the 283.9 million the PRO administration placed a year before.

If these figures turn out to be correct, it would mark an 88.3 percent yearly increase.

Last week, the national government published a report that indicated President Cristina Fernández de Kirchner administration had increased spending in official advertising by 45 percent in the first semester of 2013, compared to a year earlier. The report was released following a freedom for information request filed by several NGOs.

In a marked difference from the City numbers, the federal government does name the companies that received official advertising.

In the City’s case, the only report that has shown some of the beneficiaries from this discretionary public policy was not official, but a 2012 report by NGO Poder Ciudadano written by media expert Martín Becerra.

The document analyzed public spending on certain radio and TV outlets from May to October 2011 and proved that cable news channel C5N as well as anti-Kirchnerite channels Todo Noticias (TN) and Channel 13 were the main recipients of advertising by the City government.

It is unclear as to whether or not this trend continues.

So this means that there is discretionality behind the City government’s actions?

“As a matter of fact, the logic behind Macri’s actions in this regard is identical to that of Kirchnerism,” media expert Santiago Marino told the Herald. “The PRO administration is also allocating a large amount of discretional funds.”

In 2010, Macri vetoed key articles of the Official Advertising Law that had been approved by the City Legislature.

The bill had contemplated inputs from different lawmakers, including recommendations from ruling PRO party representative Diana Martínez Barrios, and was unanimously approved on December 3, 2009.

One of the vetoed clauses forced the City government to refrain from using party colours or other partisan identifications for official communications.

Nevertheless, Marino stressed that even this incomplete local Official Advertising Law allows non-commercial media to receive government ads in a transparent way — a benefit they do not enjoy at the national level.

Last year, the now former PRO lawmaker Paula Bertol told newspaper Página/12 that the lack of a good Official Advertising Law was one of the deficits of the Macri administration.

“I believe the City should pass a law (to regulate government ads). It’s something to improve upon,” Bertol said.